"There's a touch of early R.E.M. or the Wallflowers on songs like "Waking Up Is Hard To Do" and "Tension in This Town." But make no mistake: This is still very much contemporary rock-and-roll, even if there are other genres mixed in." - Chris Shaw, Memphis Flyer

For more than 20 years, Ted Horrell has been collaborating with musical friends to bring his original songs to life. His current band, The Monday Night Card (named after the once-weekly professional wrestling matches held at the Mid-South Coliseum in Memphis when he was growing up), blends complex harmonies and rich, layered instrumentation to make new music and interpret songs from Horrell's constantly growing repertoire. The band's new album, Not One or the Other, will be released on October 26th and captures the Card in both rollicking, electric, full-band performances as well as more folksy, acoustic, and subdued arrangements.

Singer-songwriter and guitarist Ted Horrell has been writing, recording, and performing for two decades. He was the runner-up in the 2022 Memphis Songwriter Association Songwriter of the Year competition, and his previous band, The Central Standards, was the winner of the Rock 103 "Great Unsigned" contest which earned them a slot at the Beale Street Music Festival. His current backing group, The Monday Night Card, adds a harmony-laden sound influenced by Laurel Canyon bands like The Byrds, The Mamas and the Papas, and Crosby, Stills, Nash, and Young with hints of Stax-era soul and new wave thrown into the mix. Horrell’s songwriting and performance style have evoked comparisons to Elvis Costello, Marshall Crenshaw, and early R.E.M. The band’s tight, punchy sound, layers of harmony, and Horrell’s catchy, melodic writing combine for engaging performances of both new and familiar songs.

Ted has released eight collections of original music since 1999. He currently records and performs with The Monday Night Card, but previously sang, wrote songs, and played lead guitar with the Memphis band The Central Standards, as well as with the Kansas City band Resident Clark before that. All of Ted's recorded albums are available to stream or purchase below or from the Store link on this page.

Not One or the Other

I Don't Know You

Black Lives Matter led to conversation. Conversation led to collaboration. Stream or download for free, but all paid donations go to to support Bridges USA based in Memphis, TN. For more information visit: www.bridgesusa.org

Ted played with the four-piece Kansas City band Resident Clark in the late 1990s. The band included Jeff McGinness on drums, his brother Joel McGinness on keys, and Sam Dominguez on bass. They recorded their sole album, Horseshoes and Handgrenades, at Big Time Studio in 1999 and issued this deluxe re-release 18 years later. 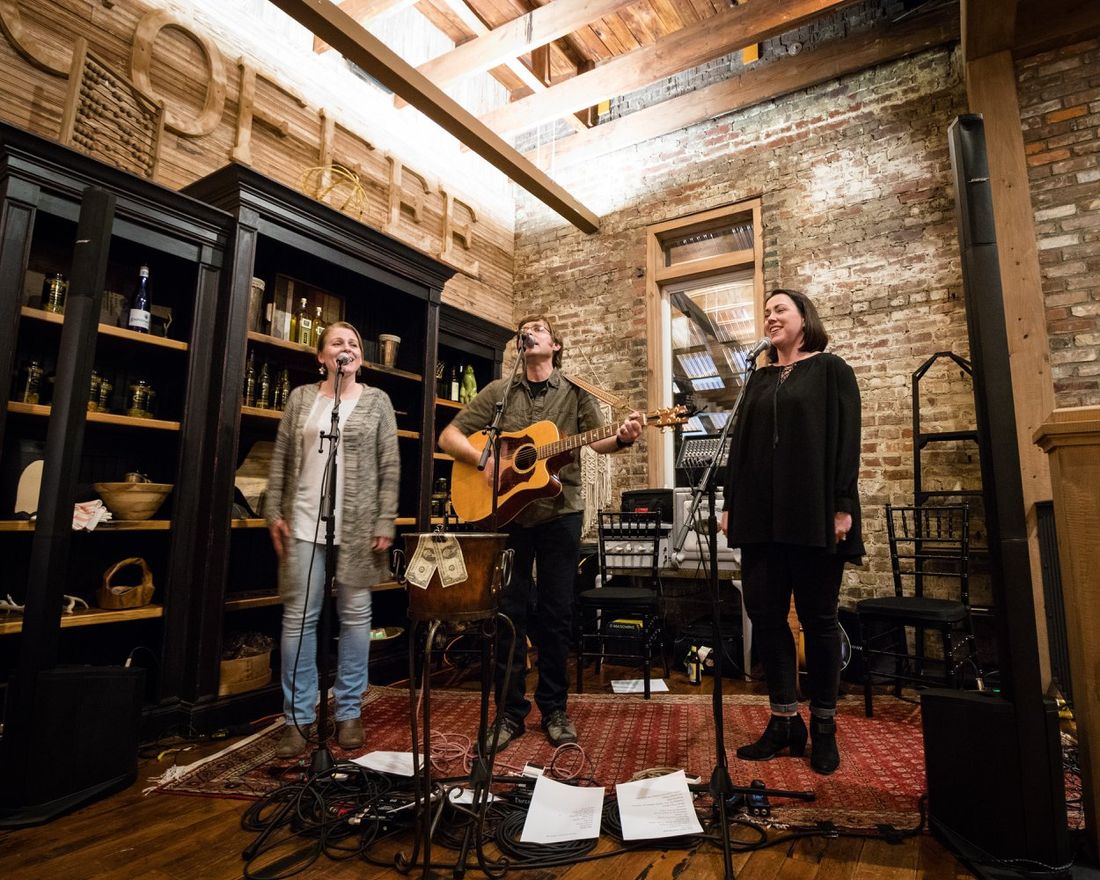 Ted & The MNC are available for private parties, festivals, and club or restaurant bookings and can play in a variety of line-ups (from solo acoustic to acoustic trio to full band electric) to suit space, needs, and budget. For more information or for booking, please contact Ted Horrell at (901) 569-0485 or by sending an e-mail through the link below.